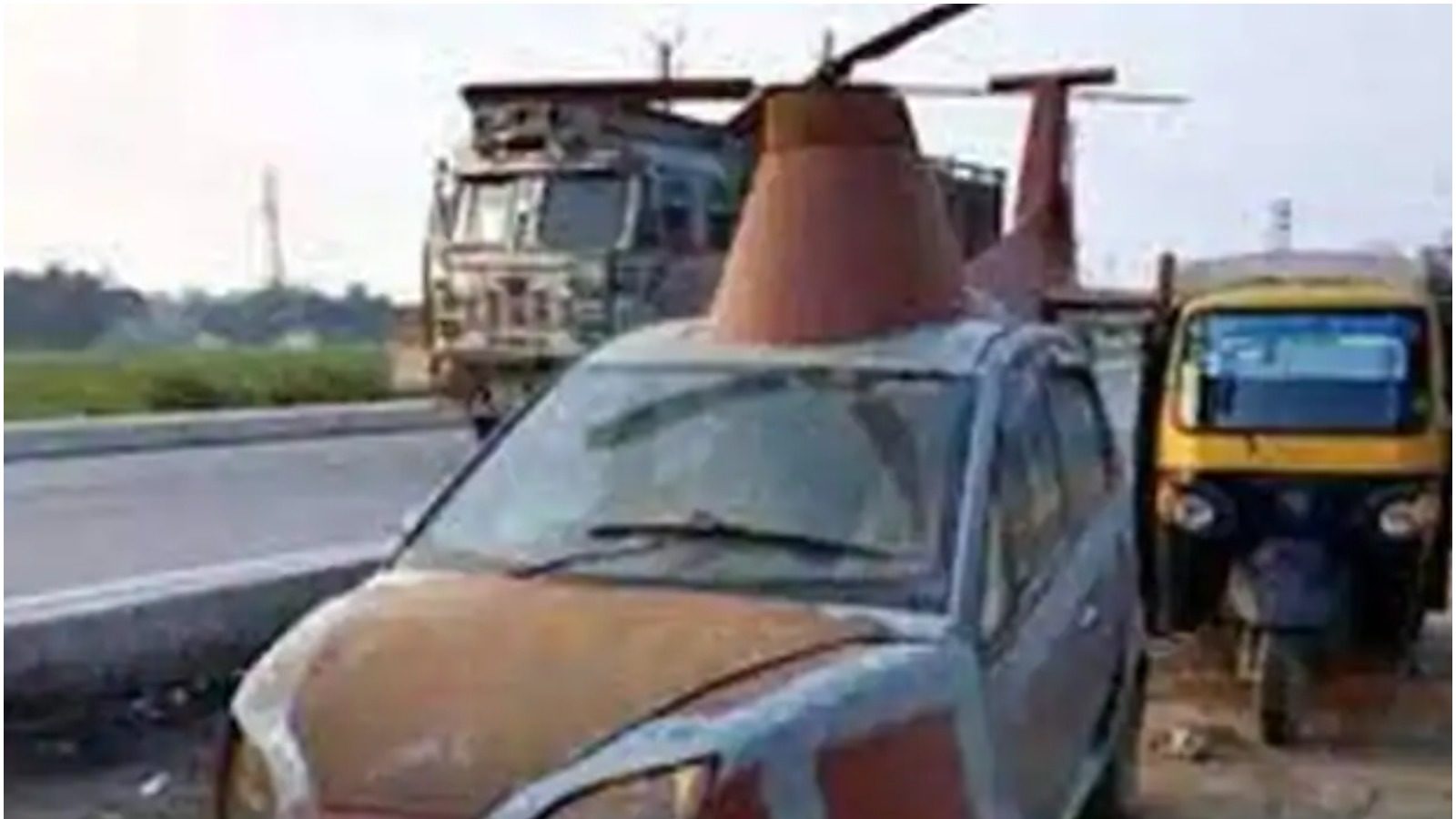 New Delhi. Wedding season is underway. The bride and groom do everything possible to make this moment memorable. If someone does a wedding based on a theme, then someone comes with a car and someone rides a bullet and reaches to pick up the bride. Now helicopters are also used at many weddings. However, for this a considerable rent must be paid.

A person from Bihar has made such a helicopter, the price of which is slightly lower. The special thing is that he has shaped Tata’s Lakhtakia Nano car into a helicopter. It is being used a lot at weddings. The picture of him is going quite viral on social media, in which he has wings on his back. However, it cannot fly like a normal helicopter.

A feat made with sensors, 19 reservations so far
The person who turned Nano into a helicopter is a resident of Bagaha in Bihar. His name is Guddu Sharma. He has converted the Nano car into a helicopter by spending Rs 2 lakh. Guddu has made this change using the sensor. The special thing is that people reserve it for weddings. So far 19 people have booked it. His fee is Rs 15,000. Guddu says that it takes more than 1.5 lakh rupees to make such a helicopter, while giving it a high-tech look will cost more than two lakh rupees. He now himself he is working on it.

This is how the idea of ​​making a helicopter arose.
Guddu says that there is a lot of enthusiasm among people to book helicopters during the wedding. Their demand is also very high. In such a situation, many people want to go to their wedding by helicopter, but due to the high fee, it is not possible for everyone. That is why I have modified my Tata Nano car and given it the helicopter design so that people can fulfill their hobby even at a lower cost.

read this too- Idiot: Inflation swallows your Maggi and your chocolate, Even a crooked look at coffee., This company is going to increase the price.

Invention living example of self-sufficient India
Sharma added a main rotor, tail boom and tail rotor using sheet metal to give the Tata Nano a helicopter-like look. He is currently working on preparing the Nano to be rented out at weddings to make it look more attractive. He says that in the age of digital India, this invention of his is an example of self-sufficient India.

Even before Guddu, someone else has done amazing.
Before Guddu, Mithilesh, a resident of Bihar’s Chhapra district, also made a Tata Nano helicopter. He had prepared it in seven months. He just modified it. He spent 7 lakh rupees to do it.