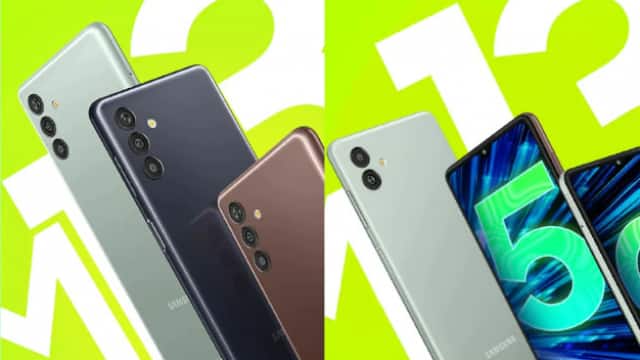 Samsung has launched Galaxy M13, Galaxy M13 5G in India as its latest smartphone in the Galaxy M series. Both phones are packed with many strong features including Virtual RAM feature and Auto Data Switching feature. With the help of the RAM Plus feature, the phone’s RAM is increased up to 12GB, while the Auto Data Switch feature instantly connects the phone to the other SIM’s data when one SIM’s data is disconnected. Strong 6000 mAh battery in both phones. The phone has a Full HD Plus display and a 50-megapixel triple rear camera setup. If you are also planning to buy it, then know in detail everything about the price-features of the phone…

Samsung Galaxy M13 4G has three rear cameras
Galaxy M13 arrives with 6.6 inches and Full HD + resolution. Under the hood, the smartphone is powered by an Exynos 850 octa-core processor. The phone comes with up to 6GB of RAM and 128GB of internal storage. It also supports virtual RAM up to 4 GB. There is also microSD card support. The phone packs a 6,000mAh battery and offers support for 15W charging via the Type-C port.

The phone comes with a triple rear camera setup, consisting of a 50MP f/1.8 aperture main sensor, a 5MP f/2.2 aperture ultra-wide lens, and a 2MP f/2.4 depth sensor. There is also an LED flash. On the front, the phone sports an 8MP selfie camera with f/2.2 and fixed focus. The device comes with a side-mounted fingerprint scanner.

Samsung Galaxy M13 5G has two rear cameras
Galaxy M13 5G comes with a 6.5-inch 90Hz display and is powered by MediaTek Dimensity 700 chip and comes with 6GB RAM and 128GB storage. There is also support for virtual RAM and a micro SD card slot. As for the cameras, the 5G version comes with a dual camera setup consisting of a 50MP (f/1.8) primary camera sensor and a 2MP (f/2.4) secondary sensor. There is also a 5MP selfie camera. It comes with 11 5G bands and the phone packs a 5000mAh battery that supports 15W fast charging. Other features include Android 12 OS, a side-mounted fingerprint scanner, dual-band Wi-Fi, Knox security , automatic data switching and Bluetooth.