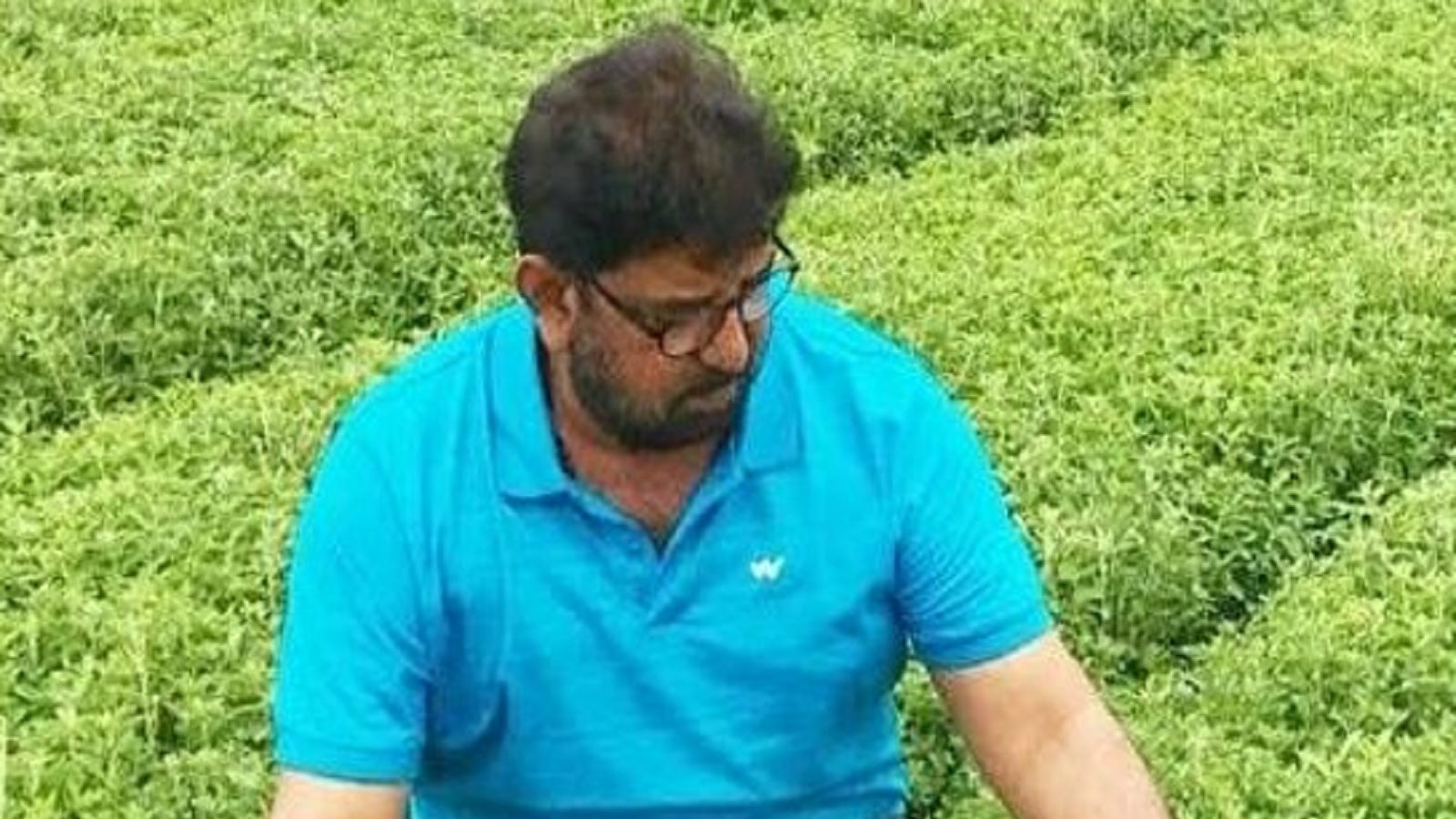 Today, even though farmers across the country are living in constant losses due to rising cost of farming and falling crop prices, there is no chance of loss in Dr. Rajaram Tripathi’s innovative farming. Rather, the profit on it continually increases. Most importantly, only natural resources are used in Dr. Rajaram Tripathi’s farming methods. Because there is no pollution in the land, air and water and the quality of the crops remains intact. Dr. Rajaram Tripathi has also been honored for this. The Ministry of AYUSH, Government of India has also appointed him as a member of the Board of Medicinal Plants.

Dr. Rajaram Tripathi not only grows herbal plants but has also contracted other farmers in many areas of Chhattisgarh to grow herbs and spices with him. By joining them today, the farmers are growing herbs and spices on over a thousand acres of land in Chhattisgarh. Dr. Rajaram Tripathi also formed an organization to save farmers from the trap of merchants, which is called the Central Herbal Agro Marketing Federation. About 22,000 farmers across the country are associated with this organization and sell their crops through it. The number of foreign buyers on its website is very high. Dr. Rajaram Tripathi has also worked to train hundreds of farmers in the cultivation of herb and spice plants.

Dr. Rajaram Tripathi is very disappointed that the way herb and spice cultivation should develop in the country is not happening. There is a market for organic agriculture of some 60 billion dollars worldwide. In which the participation of India is very less, while India has many possibilities. Few countries in the world have as much biodiversity as India. However, India is far behind in this direction. While many countries with limited biodiversity are ahead in the export of medicinal plants from India.

Dr. Rajaram Tripathi says that it has been almost 25 years since he started cultivating medicinal plants and spices. Now his talk is being taken seriously among farmers. Dr. Tripathi is now growing black rice together with black pepper, stevia. Dr. Tripathi also believes that farmers should leave the trust of the government and find themselves a new market for their crops and try new experiments. As for the market for medicinal plants, Dr. Tripathi believes that even large companies are still dependent on forest products. But this method will not last long, because the pressure on the forests is increasing. Therefore, the cultivation of medicinal plants is the way in which, in addition to protecting the water, the forest and the land, the farmers can also be protected.